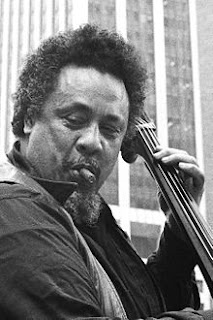 Charles Mingus composed "Haitian Fight Song" in the mid-1950s, during the burgeoning Civil Rights Movement and just as significant social change was sweeping across the United States. Mingus said he wrote this song while thinking about the injustices in the world, and because of the success of the Haitian Revolution in ending slavery and French colonialism, Haiti was used as a symbol of resistance to racism, colonialism, and every kind of injustice one could think of.

Mingus would return to this song multiple times in his recording career. The first time he recorded "Haitian Fight Song" was a live show at Cafe Bohemia in New York, featuring Max Roach on drums. The early version of the song is not as moving because it lacks the tempo changes and extended Mingus bass solo of his 1957 recording. Anywho, this early version of the song unfortunately lacks drum solos, which should come as a surprise since Max Roach was THE jazz drummer of the 1950s. Like Mingus's future recordings of "Haitian Fight Song," this early version is blues-based and the solos never stray too far from it. Another weakness of this version is the relaxed approach from the drummers. As a 'fight song' one should expect fiery performances from each musician.

Here is the second version of the tune, recorded in 1957 as part of The Clown, Mingus's 2nd studio album. The title track of the album is jazz poetry, featuring the Mingus band playing behind someone reading a poem about a clown. "Haitian Fight Song" reaches its most epic heights in this album version, with bass solos, tempo changes, screeching and screaming horns, an insistent beat that never quits, and a length of about 12 minutes. This is the version of the song most people know, or should know if they're unfortunate enough to have never heard it before. The horn players really make it though, despite Mingus's fine bass work.
http://grooveshark.com/s/Haitian+Fight+Song/qQcfP?src=5

Mingus peformed the song again for his Oh Yeah album,  recorded in 1961 and displayed Mingus's more humorous side. Mingus plays the piano and sings instead of playing double bass and the album is all blues-based pieces. One of the more hilarious moments on the record is "Eat That Chicken," a song about eating chicken that refers to Fats Waller's comic novelty pieces. Another Mingus protest song can be found on this record, though. "Don't Let Them Drop that Atomic Bomb on Me" is classic Mingus, though with more humour than we're accustomed to. "Hog Callin' Blues," the song on the album that is based on "Haitian Fight Song," is significantly different due to the shouts from Mingus on piano, the solos are bluesier, and rowdier while the main melody from "Haitian Fight Song" is not repeated as often as I would like (only at the beginning and the end). Still, it's classic jazz and classic Mingus, the Angry Man of Jazz. Brassy, bluesy, and loud. It is also hilarious to hear Mingus sing the intro without lyrics.
http://www.youtube.com/watch?v=Hv1Yewr6Z5s
http://grooveshark.com/s/Hog+Callin+Blues/3Picwh?src=5

Only 2 years later, Mingus recorded another version of "Haitian Fight Song" as "II B.S." This version is shorter and played faster than the 3 previous versions. A little under 5 minutes long, but still brassy and bluesy. However, the short length undermines the song's strength in my opinion, since I would like to hear the soloists play longer. However, this faster tempo really does match the "Fight Song" part of "Haitian Fight Song."
http://www.youtube.com/watch?v=DWmE8T09-G4&feature=related

The Mingus Big Band, a group formed after his death to keep his music alive, also recorded "Haitian Fight Song." Their version is far from my favorite, but still delivers a punch to the face of injustice. A little over 8 minutes long, I believe the length is enough for the soloists to improvise over, but the first saxophone solo's pitch is too high in my opinion. The sound is almost grating to my ears, honestly. They also take the song into different directions with the horn lines, changing it from the Mingus versions I know and love. The trumpet solo is quite good though, at least to my, for the most part, musically-untrained ears. However, the short drum solo doesn't quite do it for me.
http://grooveshark.com/s/Haitian+Fight+Song/3DN2j2?src=5

A ska-jazz version of the song I recently discovered is also worth listening to in order to see how "Haitian Fight Song" has evolved over the past 56 years. The Ska Jazz group's performance is faithful to the original, but adds a ska beat to the song so it actually sounds Caribbean (Jamaican in this case, and ska owes more to Jamaican calypso and American R&B than to Haitian music). When I first came across the song on youtube, I was shocked that the fusion actually worked, but that ska beat is irrestible.

http://grooveshark.com/s/Haitian+Fight+Song/38nl8F?src=5
David Byrne of the Talking Heads also peformed a faithful jazz version of "Haitian Fight Song." Though only a little under 3 minutes long, it's interesting nonetheless to hear Byrne use the song for his soundtrack album for the film, Young Adam. It's too short for interesting improvisations from the musicians, but it's nice to hear the song used in a film soundtrack so its legacy will live on, even if those who see the film don't recognize the song.
﻿http://grooveshark.com/s/Haitian+Fight+Song/J4rPB?src=5
Jazz musician Pepper Adams, who worked with Mingus on Oh Yeah, also recorded an album of Mingus covers in 1963. One was "Haitian Fight Song," with a mechanical-sounding piano-driven intro. This version takes after the 1957 Clown recording by Mingus, which is a good thing. Because of its nearly 8 minute duration, the soloists have more time to deliver something worthwhile. Indeed, Pepper Adams truly hit the nail with the hammer right on for this cover. Unfortunately, it lacks the strong bass emphasis of the Mingus original and an extended bass solo.
﻿http://grooveshark.com/s/Haitian+Fight+Song/3DPmuv?src=5
Different versions of "Haitian Fight Song" were also sampled by hip-hop artists. RZA, 3rd Bass, and Gang Starr have all sampled different versions of the tune, thereby giving it life in the 1990s and 2000s.
http://www.youtube.com/watch?v=sj3Y7hcEM3o&feature=player_embedded 3rd Bass only samples lyrics from Mingus's singing and some of the horns on "Hog Callin' Blues."
http://www.youtube.com/watch?v=qNRuR5-zXe0&feature=player_embedded#! Gang Starr samples the bassline of "Haitian Fight Song" about 3 minutes into "I'm the Man."
RZA remixed the 1963 version of "Haitian Fight Song." His remix slows it down at parts, adds in hip-hop drums, and essentially makes it funky. Probably my favorite use of "Haitian Fight Song" in contemporary music, or anything post-1990. For some reason (God onlys knows why) RZA adds in some odd Eastern-sounding cymbals about 2 minutes into the song but quickly goes back into the initial form. It ends more traditionally, with RZA slowing it down. Kudos to RZA, one of hip-hop's great producers, for remixing a Charles Mingus standard.
http://www.youtube.com/watch?v=J4XPfJIBdxE
Posted by Y. Dunama at 11:26 PM